Friends, in today’s time, almost all of us use the Internet on our mobiles, and along with using the Internet, we have heard many times about 1G, 2G, 3G, 4G, and 5G but here most of the people in these Do not know the real meaning of all? So today you read this post and you will know very well about it?

Friends, since the advent of wireless phones, 1G, 2G, and 3G has started, we started with 1G and today we are using 4G, so far the technology has changed a lot, in which you have more than ever before. Can you see the speed?

Apart from this, 5G has also arrived, but 5G services have not been fully launched in India yet?

Since the arrival of Jio, almost 4G has become a trend, most people in India are using 4G, whereas earlier other companies used to give 3G data plans very expensive, while Jio has made 4G plans very cheap. And in India, more than 50% of the people have been introduced to the Internet?

You may be using 4G internet but you may not have complete knowledge about it, but don’t worry, in this article we are going to tell you everything and also tell the difference between generations? 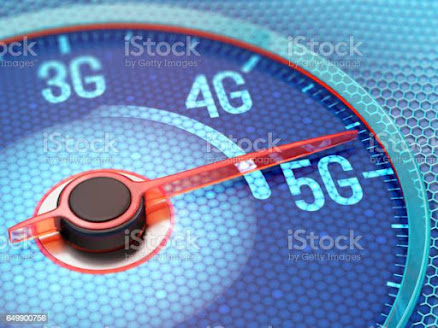 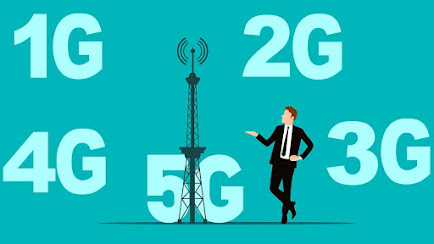 Very few people often know about G, ‘G’ means ‘Generation’ if we understand in Hindi then ‘Generation’ like friends, almost a new generation of the mobile network comes after every 10 years, like- As the new generation comes, there are some changes in their technology as well?

And along with the generation change of mobile networks, different features are added to mobile phones?

A new generation has developed in almost every decade since 1980 first 1G, then 2G, then 3G, and now 4G we are using, and soon 5G is also likely to be launched after 2021?

The wireless phone started with 1G, 1G came at the time of 1980, the analog signal was used in these types of phones, not digital signals, sometimes signal break was done in this type of phones?

The sound used to come cut and cut, in this, the speed was up to 2.4 kbps, the battery life of such phones was also not much, this technology was first launched in America, you can see the photos of such phones below?

The full form of 2G is ‘second generation, if understood in Hindi, then the second ‘generation’, 2G technology was the first digital cellular network, this technology was launched in the year 1991, which was based on GSM (Global System for Mobile communication). ?

Its speed was about 64 Kbps, it was launched in Finland, along with calling in 2G technology, sending text messages, sending picture messages, and other types of Internet data services were used, but Video calls, Video Conferencing In the case of Mobile Television and Multimedia services, 2G was still not successful?

You can see the photos of some 2G phones below?

About a few years after 2G technology, a new version of the mobile network 2.5G arrived, it is also called GPRS (General Packet Radio Services), 2.5G speed was slightly faster than 2G, its speed was up to 144Kbps?

About a few years after 2.5G technology, a new version of Mobile Network 2.75G arrived, it is also called EDGE (Enhanced Data Rates for GSM Evolution), the speed of 2.75G was slightly faster than 2.5G, its speed was about 384 Kbps. Was it till?

In this too the services of the Internet were used a lot?

3G Technology is also called “3rd Generation”, it was launched in the year 2001, 3G Technology has been made for Multimedia Cellphones which are commonly called Smartphones, with the advent of 3G Technology, the design of phones had changed a lot. ?

The speed of data transmission in 3G technology is higher than that of 2G, in 3G the speed ranges from 144 Kbps to 2 Mbps, in which telephone conversation, Internet running, e-mail and text messaging service, etc.?